You don’t have to be a Vegas native — or even a gambler — to make some serious cash with these golf gambling games.

For months here at GOLF.com we’ve scoured the golf world to find the best gambling games and bring them directly to you. Our weekly gambling games column has featured everything under the sun, from games for one player to those suitable for a hundred; games built for elite golfers and those for bottom-of-the-barrel hackers; that have been around for ages and that were created on buddies’ trips.

Now it’s time to bring all of them to one place. Without further adieu I present to you, GOLF.com’s ultimate guide to golf gambling games (if you want to read the full rules, just click on each attached link).

Stableford: As opposed to scoring low, the goal of a Stableford is to record the highest possible score among the group. Golfers don’t count strokes, rather, each scoring outcome is given a point value (for example: one stroke above par would be zero points, a par, one point, a birdie, two points, etc.). At the end of the round, the player with the highest score wins.

Scramble: Another iconic gambling game, this one is perfectly suitable for outing play and play among high handicap golfers. In this game, foursomes compete against one another for the lowest cumulative score by hitting from the group’s best shot until the ball is in the hole. The group with the lowest score at the end of 18 holes wins.

One-Man Scramble: Same as an original scramble, but with a twist. A single golfer hits two shots and plays the better of his or her shots until the ball is in the hole. This game can be played among multiple people in a foursome or by a single golfer playing alone.

Texas Scramble: A traditional scramble, but the foursome must play four tee shots from each player before the end of the round.

Miami: Like a traditional scramble, but the golfer whose tee shot is selected is unable contribute again until the team has reached the green.

Chicago: Similar to a traditional Stableford, but adjusted to better include higher handicap players. In Chicago, each golfer begins the round with a score associated to their handicap — low handicappers begin with scores heavily in the negatives, while high handicappers begin with scores around zero. From here, everyone plays by the same scoring format, and the winner is the player who ends the round with the highest score.

Las Vegas: Two vs. two game in which both players combine their scores together, with the lower score coming first (a player shooting a 4 and his teammate shooting a 5 would equal a team score of 45 for the hole). After each hole, the team with the higher score subtracts from the team with the lower score. The difference in score equals the debt one team owes the other. There are a series of twists and catches that accompany Las Vegas that I dive into with the full rules, which you can read by clicking the link HERE.

Bingo Bango Bongo: Game in which three points are available on each hole — the “bingo” point, for the first on the green; “bango” point, for closest to pin; and “bongo” point, for first one in the hole. Each point is worth an associated dollar value, and strict etiquette is a must.

Split Sixes: A three-player game in which every hole is worth six points, which are split between the players in accordance to their score on the hole.

Defender: Another three-player game in which two players compete on a team against one player, called the defender. On every hole, the defender changes, and it is his or her job to ensure that she “defends” the hole by matching (or beating) the score of the two “attacking” players.

Wolf: Similar to defender, but featuring four players. The “Wolf” competes on each hole, either against the remaining three players (for a bigger potential payday) or by selecting another one of the foursome to team up with. Then, the group plays a best ball format, with the winning side taking home the payday. 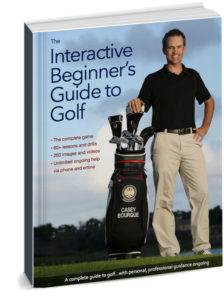